Are you making the most of Industry Moves?

Register to receive weekly and monthly newsletters on the People and Products in institutional and retail finance.

How many appointments and departures were reported for the first three quarters of the year compared to the last four years? What percentage of those appointments were secured by women and how many were awarded internally? We analyse the last five years' data in Industry Moves' vault of over 8,250 moves to find out. We also highlight the move, Q&A and Insight piece that most grabbed your attention.

Reported appointments by Industry Moves for the first three quarters of 2019 decreased by 20%, with 526 appointments compared to 660 for the same period in 2018. The number of appointing organisations also decreased, down from 286 in 2018 to 237 in 2019.
34% of the 82 board appointments were awarded to women, the lowest percentage at the three quarter-point for the last five years. Despite a healthy start to 2019, with first-quarter stats at 33% for the number of executive appointments awarded to women, the gender balance at the three-quarter point showed no increase on last year's 27% and an increase of just 3% in the five years of reporting.

In other news, 21% of all reported appointments in the last 9 months were awarded internally, either as promotions or as part of organisation reshuffles; including the realignment of AMP Capital's Real Estate business, change of leadership at boutique superfund Spaceship and changes to the Cbus leadership team.

Most viewed pages from January - September 2019

296k visits were made to the Industry Moves website in the first 9 months of the year, wth 484k pages viewed. Below, we highlight those articles that most grabbed your attention:

Simon Weaver's appointment is still the most viewed move since Industry Moves reported on his new role as CEO of Willis Towers Watson Australasia in January. In a Q&A following his appointment, Simon spoke to us about the financial services industry's "volatile environment" and the shape of its future post-Royal Commission.
Read more.

"Poster child on for honesty in naming options"

In August we caught up with John Phokos, portfolio manager at Australian Catholic Super. His Q&A, which shared insights into the fund's new approach to managing fixed income strategies, proved the most popular for the year to date.
Read more. 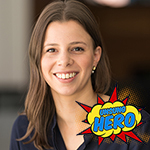 Still at the top of the most read insight pieces for 2019 is the feature with one of our Unsung Heroes, Kate Tilbrook, a senior design researcher at UniSuper, who said working at the fund was one of the best decisions she's ever made.
Read more.

You can click through to view organisation profiles, including, where applicable, key contacts; two years of moves history (plus a link to a further three years of history); Q&As with key staff; product and service launch details; and related news articles from our directory of Organisations.

Did we miss your move? Or do you have a new move coming up?
Click here to let the industry know.